Daniel Lloyd is a Scholar! 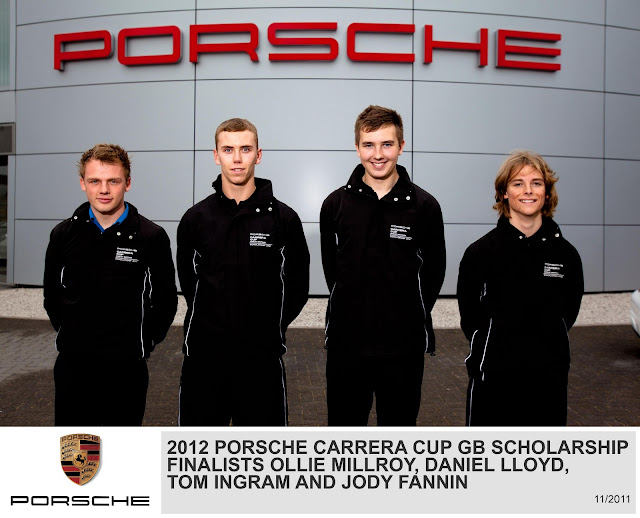 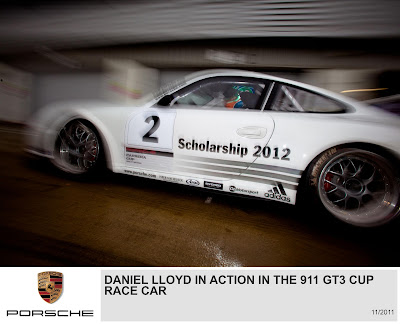 After a day of demanding evaluation at the Porsche Experience Centre at Silverstone on Monday (31 October), 19 year-old Daniel Lloyd has been selected as the winner of 2012 Porsche Carrera Cup GB Scholarship.


Lloyd, from Huddersfield, was chosen from four Scholarship finalists for the prize, which is topped by a massive £80,000 contribution to his Carrera Cup GB budget for 2012. In a unique initiative, the identity of the winner was unveiled on-line at 10:00 today (4 November) via Origin.

Lloyd was overjoyed when he watched the video clip and discovered that he had been selected. 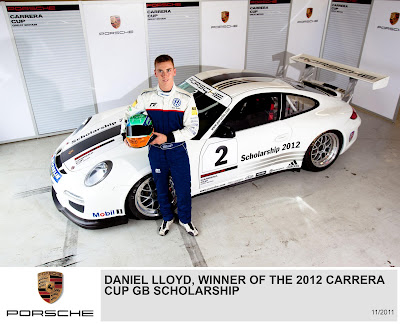 “It really does mean everything to me to win the Scholarship,” he said. “I’ve never been so happy in my life. It is a huge deal; I’ve put so much effort into this and I’m so happy it has paid off. It has been a horrible week waiting for the result, and I was very emotional when they announced my name.

“I really can’t stress how much this will change my life and career. Ever since I started racing on the BTCC package when I was 15, I always looked up to the Porsche Carrera Cup and thought it was what I wanted to do. Without the Scholarship, I wouldn’t be able to do the Carrera Cup next season, so it really does mean the world to me.

“To get to where I am today has been a real team effort and I couldn’t have done it without the support of my parents,” he continued. “It will mean everything to them as well; they are very supportive and they’d love to see me succeed in the Carrera Cup.”


“The four finalists were all excellent candidates,” said Marion Barnaby, Championship Manager Porsche Carrera Cup GB. “It was a very tough decision for the judging panel, but Daniel impressed in all areas and I believe he will be a very worthy 2012 Scholar.”

The Porsche Carrera Cup GB is the fastest single marque racing Championship in the UK, and supports the British Touring Car Championship.
Posted by Unknown at 17:51