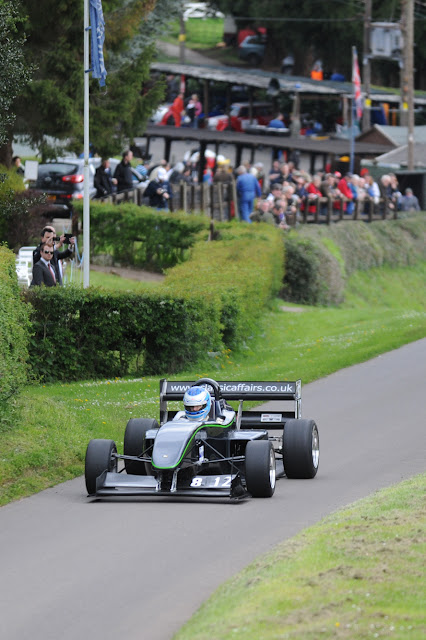 Aylesbury driver Trevor Willis was the clear winner in both rounds of the Midland Hill Climb Championship at Shelsley Walsh on 6th May.

Driving his V8 powered OMS 25, Trevor recorded times of 24.16 and 23.85 with two scintillating drives – taking less that two seconds for the first 64 feet and reaching the Bottom Ess at a speed of 130mph – beating Derek Young with his 4-litre Gould GR51 into second place, followed by Will Hall in the new V6 Force in third place, on both runs.

Several ‘new faces’ also made the run-offs, with current ladies hill record hold Sue Young joining her husband to qualify in their shared Gould, with Lyn Owen, wife of car constructor Steve Owen, also making the run-off in their OMS 25, as did Howard Savage-Jones in his beautifully sculptured Lola V8.

Will Hall of Halesowen, had mixed fortunes in his V6 Force, having to make a trip to constructor Ian Dayson at Rugeley for emergency repairs to the rear of the car on Saturday evening, before ably proving the potential of the new car in timed competition on Sunday.

The new spectator platform created over the winter months at Kennel Bend proved very popular throughout the weekend, giving visitors a splendid new view of the wide variety of sports, saloons and racing cars leaving the start line. 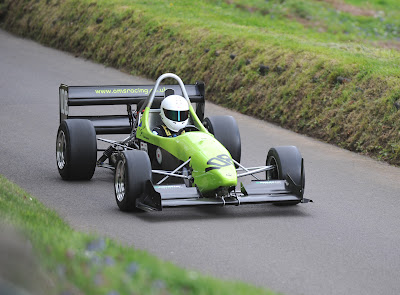 Guests for the weekend included a small number of drivers of the British Women Racing Drivers’ Club, which is celebrating its 50th anniversary this year.

Debut driver Tracey Cameron, from Malvern, overcame early nerves in her 600cc Honda powered Nemisis racing car to hit her target of beating 40 seconds at Shelsley Walsh, and did so by managing a 39 seconds run in practice and then a superb run of 35 seconds on Sunday.

The Paul Matty Sports Cars Lotus Championship was well supported with over 20 cars from 1960s racers up to modern day Elise variants taking part and their ‘boisterous’ prizegiving ceremony was taking place in fine humour on the terrace in the late afternoon sunshine, while the other competitors were packing up after a very successful weekend. 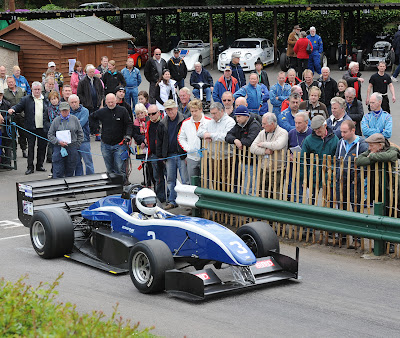 The next meeting at Shelsley Walsh is a round of The British Hill Climb Championship on the 2nd and 3rd of June.

The highlight of the weekend will be the BRM celebrations with the P25 that won BRM’s first World Championship Grand Prix at Zandvoort in 1959, Richard Attwood’s P261, and the BRM FF built by Roy Lane already confirmed. Notable BRM personnel will also be present throughout the weekend with BRM designer Tony Southgate and Team Manager Tim Parnell.

To buy tickets or find further information, visit www.shelsley-walsh.co.uk
Posted by Unknown at 11:29