Porsche Carrera Cup goes down to the wire


This one should have been published a few days ago : Internet connection problems delayed it, sorry! 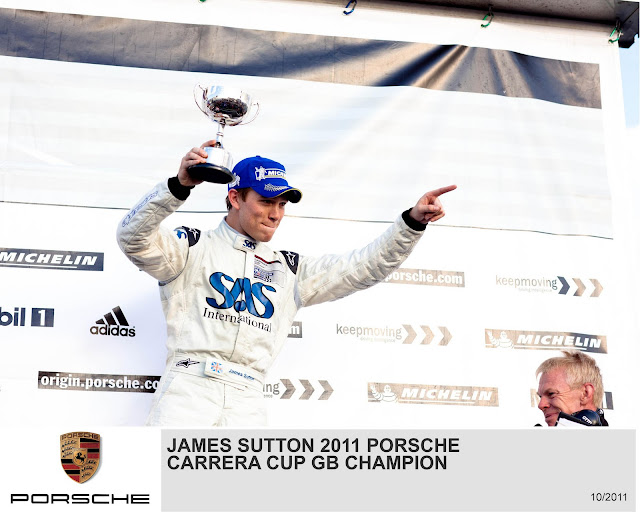 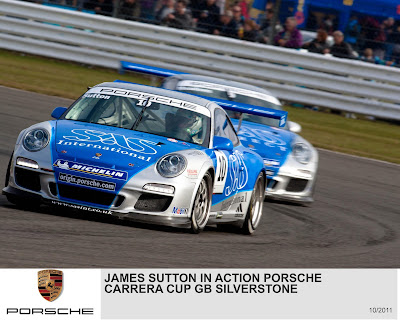 Providing a perfect illustration of the close competition that is a feature of the Porsche Carrera Cup GB Championship, the destination of the 2011 title was not decided until the final race of the season this weekend at Silverstone.

After Stephen Jelley retired from the first race of the weekend, his Championship bid ended, the scene was set for a classic encounter between Michael Meadows and his SAS Redline Racing team-mate James Sutton in round 19. Going into the last race just one point separated the pair, but after a puncture forced Meadows into the pits for a new tyre, Sutton was clear to clinch his second Porsche Carrera Cup GB title, following success in 2007. Meadows ultimately held on to second place in the overall Championship, with Jelley in third.

The performances of Sutton and Meadows saw SAS Redline victorious in the 2011 Teams’ Championship, ahead of Jelley’s team, Parker with Juta. 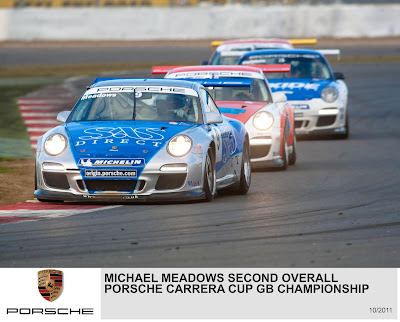 While Nick Tandy (Bedford) won the penultimate round from the front, Sutton (London) dived ahead of his team-mate Meadows (Banbury) to leave Meadows with a single point lead in the Championship going into the final race later in the afternoon.

However, there was disaster for title contender Jelley (Leicester) who went out with a damaged radiator. Jonas Gelzinis (Lithuania) won Pro-Am1 while Brewster (Edinburgh) won an action-packed Pro-Am2 category to move closer to the title after rival Keith Webster (Liphook) spun when holding a clear lead.

The first 200 metres of the race was critical to the title contest as Sutton jumped ahead of Meadows to take second behind Tandy. “I just got a fairly good start,” said Sutton. 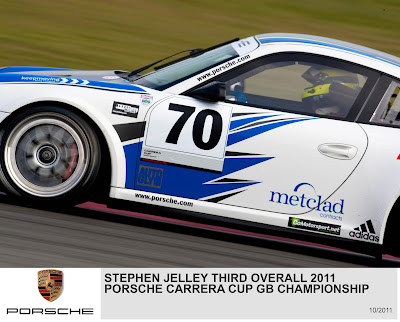 While Tandy set about consolidating his lead, Jelley was scything up the order from seventh on the grid and dived through to snatch fourth place after just three laps. But Jelley struggled to close the gap to Meadows and that was how they ran until lap 19 when Tandy caught a backmarker under a yellow flag at Brooklands corner. Tandy had to back off and not overtake and in an instant his lead evaporated. Sutton, Meadows and Jelley all closed right in and, as they braked for Becketts, Jelley clipped the back of Meadows’ car and damaged his radiator. Jelley limped back to the pits to retire, but dropped coolant at Brooklands in the process. “There was already coolant down and I sailed into the back of Michael,” said Jelley afterwards.

Tandy quickly re-established his leading margin to secure victory as Sutton chased and Meadows recovered to take third, finishing under pressure from Sam Tordoff (Leeds), Gelzinis and Euan Hankey (Taunton). “Over the last half of the race the line was changing every lap due to the fluid down on the circuit,” said Tandy. “After the start it was a case of managing the gap,” said Sutton after a very important result for his Championship bid.

Gelzinis was always clear in Pro-Am1 as Rory Butcher (Kirkcaldy) ran a strong race to take a clear second and move closer to the Championship runner-up position. “It was very challenging with the dropped fluid, but I had a good rhythm,” he said. Delighted to complete the Pro-Am1 podium was George Richardson (Alderley Edge) despite a challenge from Ahmad Al Harthy (Oman) and Derek Pierce (West Kilbride).

There was a dramatic race in Pro-Am2 as Webster set a cracking pace from the start and looked set for a commanding win. Meanwhile Brewster made a poor start and dropped to fourth in class behind Yucel Ozbek (Turkey) and Steve Parish (London). As Brewster set about fighting up the order, Webster controlled the pace until the fluid from Jelley’s car went down at Brooklands.

“There was fluid everywhere and a car parked in the middle of the road,” said Webster after spinning and losing a lot of time. “I was pacing myself but it just wasn’t meant to be.” Instead, Brewster battled through to win after surviving an attack by Ozbek at Becketts on the dropped fluid. “I saw the fluid down and Yucel didn’t. I had to abort the corner to give him room,” said Brewster. “I couldn’t have caught Keith,” he added as Parish got ahead of Ozbek to take third. 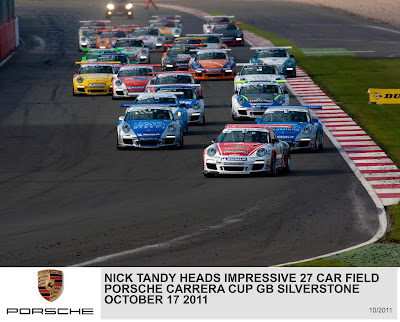 While Tandy made it three wins from four starts in the final race of the season, Sutton clinched the overall title and Brewster claimed the Pro-Am2 crown in a superb finish to the best season so far for the Porsche Carrera Cup GB.

Sutton ran second behind Tandy all the way to the flag to win the title for the second time as his team-mate and title rival Meadows held third before having to pit with a front puncture. Meanwhile, Brewster had to fight back from a first lap knock and subsequent puncture to win the Pro-Am2 title. In the final race of the season, Gelzinis bagged another Pro-Am1 win and Webster dominated Pro-Am2.

Tandy got the start he wanted to burst into the lead and when Sutton beat his SAS/Redline partner Meadows into Copse he stamped his authority on the title contest. Sutton needed to beat Meadows to claim his second Carrera Cup crown and had to withstand immense pressure over the opening laps. While Tandy consolidated his lead, Sutton soaked up the pressure and then, by lap five, started to edge clear. For Meadows, it was all going wrong and a slow front puncture eventually sent him into the pits.

Now, Sutton just had to hold position and had no need to try and chase the fleeing Tandy. “We saved a couple of new tyres for this race and I got a good gap in the first five laps,” he said after a resounding win. For Sutton, the overall title was a massive achievement. “It’s not really sunk in yet,” said Sutton. “The race was very difficult and over the early laps the pressure from Michael was intense.” 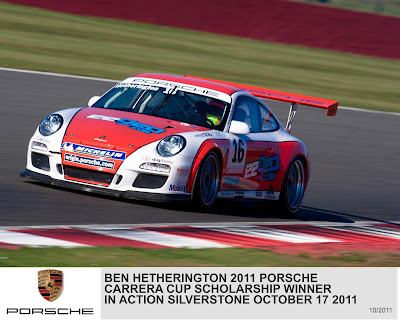 With Meadows dropping down the order, the final podium position was a great result for Ben Hetherington (Hulme Walfield) who drove a superb race under pressure from Richard Plant (Sheffield), Gelzinis and Jelley. Jelley recovered to sixth after hitting the rear of Meadows’ car and spinning as he challenged for third in the early laps. “That’s a great way to end the season,” said 2011 Carrera Cup Scholarship winner Hetherington, who also earned the ‘Driver of the Weekend’ award.

Gelzinis dominated Pro-Am1 as a tremendous drive from Richardson earned him second and his best result to date. “It’s really good to end the season on a high,” said Richardson, who had to race hard to fend off the challenge of Al Harthy.

In Pro-Am2 it all started badly for Brewster when he was tipped into a first lap spin by Richard Denny (London). With a rear puncture as a result, Brewster had to limp slowly back to the pits as title rival Webster took a commanding lead. While Parish and Denny completed the podium, Brewster rejoined a lap down and battled back to fourth and scored enough points to settle the Pro-Am2 crown. “That was very difficult but we got through,” said a relieved Brewster. Webster, meanwhile, had given his all to try and win Pro-Am2. “That was the best drive I’ve ever had,” said Webster.
Posted by Unknown at 17:34