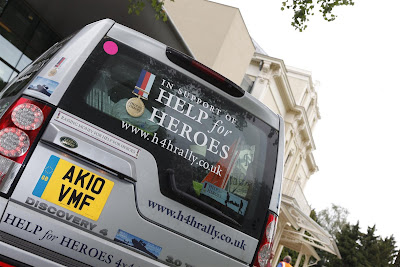 Following on the heels of the hugely successful HELP for HEROES EUROPEAN 4x4 RALLYs of 2010 and 2011, which have raised a massive £300,000+ for the charity, we can formally announce that 2012 will see a third running of the event.
The rally follows the path and tells the story of the Allied Invasion through Europe. The Allied Forces landed in France early on D-Day morning – 6th June 1944. The Help for Heroes 4x4 European Rally 2012 will retrace much of that route.
This event will start from Littlecote House Hotel, Wiltshire, UK on 16th June 2012. It will be a 2000 mile adventure through Europe over a 12 day period. We anticipate that this non-speed touring assembly will again be fully subscribed with 45 vehicles crewed by serving and ex-military personnel, as well as civilians and families with children. It will be part military history tour (including museums etc), some fun activities, part off-road driving and part club-type social, open to road-legal 4x4 vehicles.
The money raised will be donated to our chosen charity, HELP for HEROES. The goal is to raise more than that 2011 raised in 2011. So £160,000+ is the target 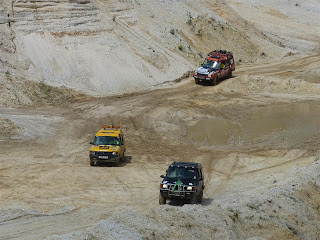 Event Summary: After using byways on Salisbury Plain the rally travels to Portsmouth to embark on the ferry to France. In addition to visiting WWII historical areas in Normandy, the H4H 4x4 Rally route will take in the WWI battlefields of the Somme and Ypres. It will then visit Arnhem in Holland regarding ‘Operation Market Garden’ before heading south to Bastogne in Belgium where the Germans made a final push – the famous ‘Battle of the Bulge’. After visiting the Alsace region of France the route journeys into Germany and Dachau with its horrors of war. The event will conclude after visiting Hitler's "impenetrable" Eagle's Nest at Berchtesgaden, Bavaria 12 days later.
We formally acknowledge the support of; The AA, Brittany Ferries, Cambrian Fuel Card Services, Commonwealth War Graves Commission, DFDS Seaways, Domino’s Pizza, Jaguar Land Rover, o2, Marshal Military Sales, Skytag GPS Tracking, Terberg DTS UK, Warner Leisure Hotels. The GGR Group
Posted by Unknown at 12:00