4X4s set off to support Help for Heros 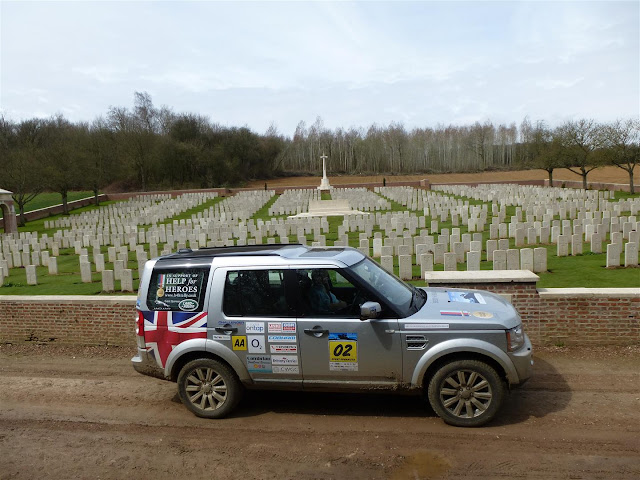 At 10.30am on Saturday 15th June 2013 a spectacle of 4x4 vehicles crewed by 100 adults (and 7 children) will gather at Littlecote House Hotel, Hungerford in Berkshire ready to start out on the 2013 Help for Heroes 4x4 European Rally; a 12 day, 2,000+ mile adventure following the path of the 1944/5 Allied Invasion through Europe.

The inaugural rally in of 2010 had a goal of raising £20,000 for the charity; it went on to raise £121,000. The rally has since become an annual fixture in the calendar and has grown to become the largest independent event raising funds for H4H the rally – raising in excess of £600,000 for Help for Heroes. This, its fourth year, has already raised £110,000.

This non-speed touring assembly consists of over 40 vehicles and is crewed by serving and ex-military personnel, as well as civilians and families with children. Many of the serving/ex-service participants have served in Iraq and/or Afghanistan. The adventure will be part military history tour (including museums and cemeteries) and part off-road driving, and is open to road-legal 4x4 vehicles. As well as the driving, the teams have to complete daily tasks which include navigation, driving skills, observation, quizzes and competitions.

Tim Price-Bowen, one of the organisers said “The hospitality and assistance we receive across Europe is second to none and everyone involved is so helpful. Some we meet still even remember D-Day itself! The Rally also has a wonderful sense of camaraderie, fun and adventure; and all for such a fantastic cause. Of course, we must also acknowledge the involvement of our event partners such as Jaguar Land Rover, the AA, o2, and others who provide invaluable support each year and who are key to our success.”

The route uses the byways of Salisbury Plain the Rally, and stops at military bases including before embarking on the Brittany Ferries sailing from Portsmouth to France. In addition to visiting WWII historical areas in Normandy, the H4H 4x4 Rally route will take in the WWI battlefields of the Somme and Ypres. It will then visit Arnhem in Holland and ‘Operation Market Garden’ before heading south to Bastogne in Belgium where the Germans made a final push – the famous ‘Battle of the Bulge’. The journey continues to the Alsace region of France - with its Maginot Line fortifications. The route then journeys into Germany and Dachau Concentration Camp Memorial; with its horrors of war. The event concludes 12 days after leaving the UK – the final part being a visit to Hitler's "impenetrable" Eagle's Nest high in the Bavarian Alps at Berchtesgaden.

Every car is fitted with a ‘satellite’ tracker kindly provided by Skytag-GPS. You can follow the rally in real time at; http://www.h4hrally.co.uk/livetracking/

For more information about the Help for Heroes 4x4 European Rally visit www.h4hrally.co.uk or follow them at www.twitter.com/h4hrally (@h4hrally) and www.facebook.com/h4hrally or contact Keith Bowen tel: 07766 712851 email: info@h4hrally.co.uk
To donate please visit http://www.bmycharity.com/H4H4X4Rally2013
Posted by Unknown at 12:00